Coriander grew like a weed in my Pacific Northwest backyard, and if your turf is similar, you may never get rid of this herb plant once those coriander roots go deep. But don’t worry! There’s plenty you can do with coriander seed as a spice.

Coriander spice is the dried seeds from the cilantro plant, or the Coriandrum sativum plant, another delicious herb. The spice called coriander is popular in Middle Eastern cooking.

Other names for the plant that coriander comes from include Chinese parsley or plain old coriander plant, and its fresh cilantro leaves are an herb used similarly to coriander seed in savory dishes around the world.

Coriander is native to Southern Europe, Northern Africa, Southwestern Asia. The coriander plant loves mostly sun, can weather the cold, and is a great addition to any vegetable garden.

How Does Coriander Taste?

Coriander in the Kitchen

To cook with whole coriander seeds, toast them first in a dry pan to release more earthy, lemony flavors. Toasting reduces the seeds’ woody texture too so you can work with them whole. Or, pop the toasted seeds in a spice grinder to make your own ground coriander. Grind multiple times for a fine powder.

Most recipes I’ve found using coriander seeds are for stews, soups, and dishes using vegetables and meats. Coriander has made its home in spice blends traditional in Indian dishes, Middle Eastern cuisine, and African foods.

My dad and I found coriander seeds in the back of the cabinet and created our own scrambled tofu dish that we seasoned with an abundance of coriander. We toast them in a dry cast iron skillet first, then grind them in a marble mortar. I recommend squeezing lemon over the tofu once its good and browned, and serve right away.

I found a recipe for tofu with coriander I’ve got to try. It includes sesame, and a side of soba noodles with pesto. Yum! 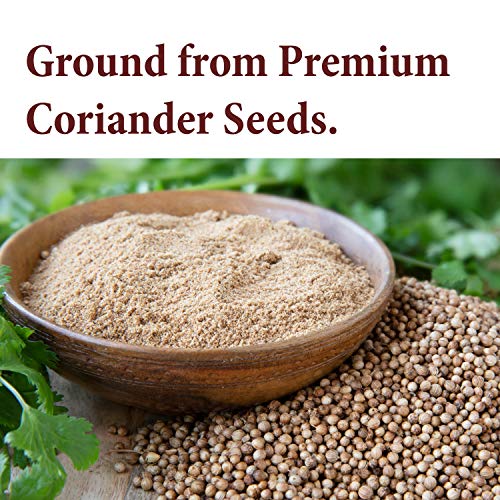 Where to Find the Best Coriander

The best coriander seeds are from your own cilantro plant. Grow coriander in your kitchen window or slightly shady, moist soil.

Coriander is usually available in the spice isle of any grocery store, or online. Experiment with different spice blends that include coriander, like Za’atar spice blend.

How to Store Coriander Seeds and Ground Coriander

Coriander should always be sold in airtight containers and in a dark, dry place like your kitchen cabinet. Don’t keep this spice for more than six months because it looses its pungency quickly. How to Roast a Whole Chicken: An Always Impressive Dinner How Long Does Waffle Batter Last? The Best Cutting Board Oil