I was confused when I learned that two very different herbs, cilantro and coriander, come from the same plant. “So what is cilantro then?” I was asking for ever, and I’ve finally figured it out.

Cilantro is a fresh herb used as a garnish and adds lemony, peppery flavor to many dishes like Mexican, Indian, and Asian cuisine.

So here’s the deal. Cilantro and coriander are different herbs that come from the same plant.

Cilantro is an herb in the parsley family, usually used in cooking for its leaves and stems, and sometimes its roots.

The cilantro plant grows in temperate climates and has long, thin stems and leaves similar to flat-leaf parsley.

Fresh cilantro tastes like lemons and black pepper. Its flavor is strong, and some people relate its flavor to soap. The soapy taste comes from the cilantro leave’s natural aldehyde chemical. Some people notice this taste more than others.

How To Cook With Cilantro

Cilantro is typically used as an ingredient in or garnish on savory foods.

Cilantro’s pungent flavor is at its height in the herbs fresh form.

To keep cilantro’s bright, lemon-pepper flavor, chop or tear both leaves and stems and with your hands, a knife, or a food processor, and use as an ingredient in cold foods or add during the last minute of cooking.

Beware that cilantro’s pungency may flavor-stain plastic kitchen tools like your food processor and plastic cutting board. But chop away! Here are our tips on How to Clean a Plastic Cutting Board.

I recommend topping or even stirring a handful of cilantro into your black beans made from our recipe on How to Cook Black Beans From Dried for Better Flavor. Try a cilantro pesto, and hit both Asian and Indian cuisines by combining fresh cilantro and lime juice in a variety of rice dishes.

Cilantro is delicious fresh in pesto and sauces made with nuts, seeds, legumes, peppers, or lemons.

There are several herb substitutions for cilantro if your fresh cilantro has become too wilty or dry, and you didn’t find any sprouting up like a weed in your back yard.

The closest match to cilantro is culantro, a close family member with a similar leaf texture and near-matching flavor. Use the exact amount of fresh culantro as a replacement of cilantro.

You can also use equal amounts of fresh tarragon, dill, or parsley as substitutions for cilantro. Just be aware that the flavors are a bit different for each of these.

Where To Buy Cilantro

Fresh cilantro is available in the refrigerated vegetable section of most grocery stores. You can often find it near salad dressings or other green leafy vegetables.

Choose fresh cilantro that has open-palmed leaves (not fisted or wilty-looking), and that stands up strong on its stems when you hold a bunch.

Though dried, chopped cilantro does not have much flavor and the fresh version is easy to find and use, dried cilantro can be bought in most grocery stores in the spice isle or online. 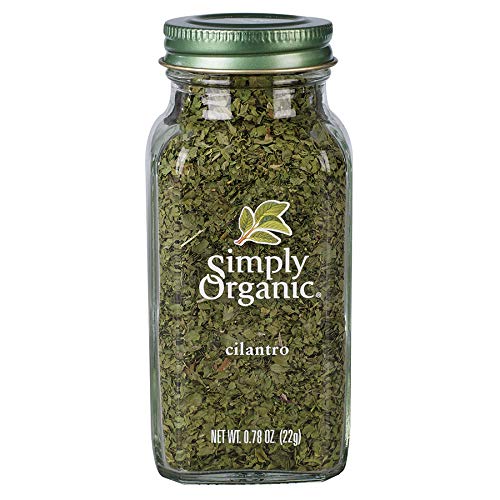 How To Store Cilantro

Keeping your own cilantro plants is another way to preserve cilantro for a long time and take advantage of its fresh cilantro leaves and dried seeds, also called fresh coriander or cilantro seeds.

Frozen cilantro is easy to cook with, and lasts a long time. Finely chop or put a whole bunch in a freezer bag and keep for up to one month. To use frozen cilantro, break it up into small pieces with your finger or chop, and add to food frozen. It will quickly thaw on hot food and at room temperature.

Cilantro pesto can be frozen and used easily later. Pour homemade cilantro pesto into an ice cube tray and freeze for up to two weeks. To use, pop out a few cubes and thaw at room temperature, thaw in a saucepan, or stir through hot pasta or other foods. How to Roast Caramelized Butternut Squash How to Make Jam, A Step by Step Guide to Canning What is Thyme and Recipes that use it