What Is Cayenne Pepper and Its Culinary Uses

Cayenne peppers come with a bunch of vitamins to reinforce your immune system, and depending on the influence of your typical culture’s cuisine, you might be stronger for the healthy addition of cayenne in your diet.

Cayenne has been spread to nearly every continent, and its used as a warming herb in stews, curries, drinks, spice mixes, and whatever else you like. Overall, it’s known to give the connoisseur gusto for life and for eating more — I’m in!

What Is Cayenne Pepper

Cayenne is delicious, once I learned to use the right amount. Too much of this spice, and your food tastes bitter and super spicy. Just right, and your throat is warm, your mouth is watering for another bite, and your immune system might even be strengthened.

The cayenne pepper (Capsicum annuum) is one of many Capsicum cultivars in the nightshade family (Solanaceae). It’s namesake is probably the capital city of French Guiana, or the other way around, and the word cayenne is derived from the Old Tulsi word ‘kyynha,’ meaning “capsicum.”

Cayenne is moderately hot, about 10 times spicier than your average jalapeño. It registers between 30,000 and 50,000 SHU (scoville heat units), and some cayennes, like the Charleston hot, reach 100,000 SHU.

Cayenne is mostly described as having a strong bite, a slightly sharp and earthy flavor profile, with little flavor. Think sensation rather than taste.

Cayenne pepper will certainly be noticed in any dish, even in a small amount. The pepper acts as a tie-all of other ingredients.

Cayenne peppers are long and tapered, grow hanging down from the plant rather than standing straight up, and can reach 10 inches in length.

Most culinary cayenne peppers are fiery red in color, and less spicy than some other varieties.

Commercial varieties, like powdered cayenne, are generally made from bird’s eye cayenne peppers (C. minimum), which are less spicy peppers.

Other varieties of cayenne pepper are named for where they are grown and used.

Cayenne is a hot pepper that most agree should be used in an amount that warms the back of your throat, and not so much that your eyes water.

Use cayenne pepper fresh, dried, or ground, and substitute fresh for dry using a one-to-one ratio.

Cayenne pepper is predominantly used in regional cuisines in Asia, Africa, and the Americas.

Typical regional cuisines that use cayenne pepper include foods like:

This recipe has since led to many imitations with varying degrees of spiciness, substituting the original cayenne with aleppo or habanero pepper powder.

However, myth has it cajun food is all about spice. Rather, the idea of this recipe and its cuisine is to highly season and embrace cayenne’s warmth, and not more.

This adaptation of Wenchang chicken by Hainanese immigrants in Singapore, is served with a cayenne pepper chili sauce.

If you find a recipe for this fusion dish that calls for red bird’s eye chillies, that’s cayenne. Sometimes fresh peppers are used here.

Other recipes that aren’t typical

Cayenne pepper is a spicy spice, and it may be that the higher Scoville level leads to a heartier body.

As with pretty much every spice, colonialism and availability and health trends have spread the ingredient around.

Especially health trends. The pepper has found its way into many micro-cuisines outside of its home as the many health benefits of cayenne pepper are understood.

For example, a regular diet that includes spicy foods made with cayenne might reduce infection or at least the severity of illnesses, a cayenne pepper market report stated.

There’s a bunch of health-related foods that play on the potential health benefits of cayenne (they say weight loss, pain relief, improving heart health, and relieving an upset stomach are some), especially focusing on the spice’s richness in vitamins C, A, B, and G. Some examples include:

Where To Buy Cayenne Pepper

You can find whole Cayenne peppers in specialty grocers, it’s typically dried. Ground Cayenne Pepper can be found in most grocery stores and online. 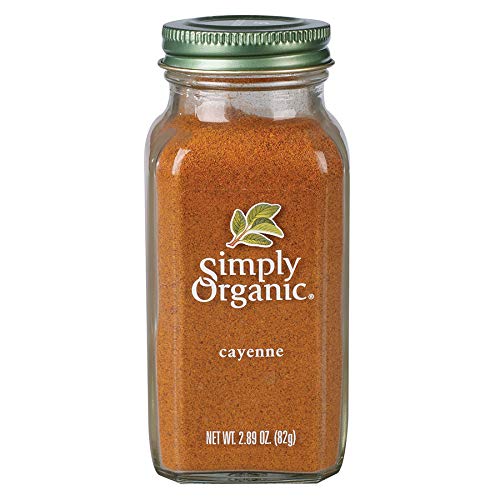 There are several pepper products that can be used as substitutes in a pinch, if you’re out of cayenne pepper. The qualities to look for when substituting cayenne pepper include cayenne’s gorgeous red color, and fairly high spice level.

Many peppers have a similar heat rating to cayenne pepper, and can be used as substitutes. Add with care, starting with slightly less than the recipe originally calls for in cayenne, and increasing according to your taste. Remember that the heat will grow as food cooks.

While the following substitute peppers don’t match up to cayenne heat wise, they have beautiful red colors that are similar to cayenne pepper.

The following questions can confuse any chef. Here are the answers:

Are cayenne pepper and paprika the same?

No. Paprika and cayenne both come from the Capsicum family, but they are different cultivars that taste different and have different spice levels.

Cayenne pepper is a spicy pepper and paprika is more mild. If you substitute cayenne pepper for paprika in a recipe, your dish will turn out much spicier.

Are cayenne peppers and chili peppers the same? Make Braised Cabbage on the Stove with Silky Texture